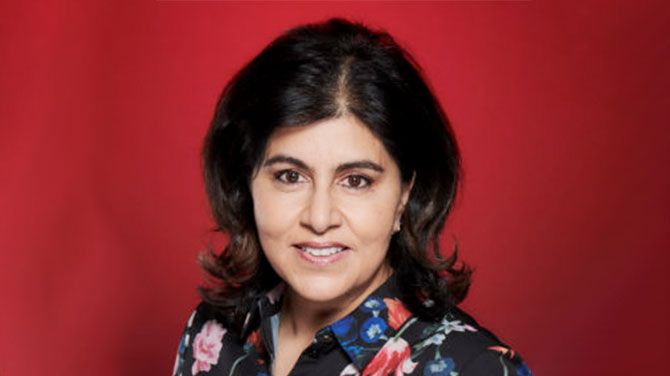 There are many people and big personalities who inspire us throughout our lives by leading as an example. Their lives, their snuggles and their life events are so relatable that we can connect with them on a personal basis. Similar is the story of Pooja Bhatt, daughter of Bollywood's biggest producer- Mahesh Bhatt. She started her acting career when she was just 17 years old. She gave many blockbuster monies and was a famous actress back then but her acting career stretched over from 1989 to 2001.

She has always been ahead of her time. Pooja Bhatt has always been the favourite child when it comes to controversies, be it her flings or her kiss with Mahesh Bhatt, wild speculations have followed her since then. She opened up about her struggles with alcohol. Since then, she has been talking openly about alcoholism and its adverse side effects. Being one of the best female motivational speakers, she has touched the lives of millions of people.

Pooja Bhatt has a different perspective when it comes to battling alcohol and her daily life struggles. Being high on her 90 days of sobriety, she proudly accepted and acknowledged the fact that she is a raging alcoholic. In her seminars as a woman motivational speaker, she always put up a point that acceptance of this fact means that you are already winning your battle. She made the decision of quitting alcohol as she felt trapped by its addiction. In order to find herself, on one fine day- Pooja Bhatt made dinner, sat with her four cats and raised a toast of water and decided that its high time now.

Speaking at various conferences, webinars and seminars- Pooja Bhatt is a well known female motivational speaker who highlights the struggles of her own life, helping women all across the world. In one interview, she pulled the plug and told the world about her alcoholism as she started drinking at the age of 16. She raised the issue of busting the stigma attached to alcoholism in India. People should be more open and broad-minded when it comes to alcohol and its struggles. Women particularly are not allowed or rather discouraged from seeking help because it’s a matter of shame for the family. She encourages women to come out and accept their problem of alcoholism so that they can cope with it effectively and efficiently.

She has always been a feminist, fighting for equal rights. She understood this when she entered Bollywood. There was a certain pattern that every Hindi film heroine had to follow, which was not acceptable to her and that became a point of controversy between her and the media. Also, she recalls that when she opted for producing films, that was also not happily accepted by the industry and media people. She was criticised for many things. She was criticised for choosing to produce films over doing it. She was constantly told and held down for choosing this path by a number of men. But she never gave up and gave wings to her passions and dreams. That’s when she decided to speak in favour of women and help them give equal rights. She is a phenomenal woman motivational speaker who has helped a lot of young ladies to get through the difficult phase of struggling.

Pooja Bhatt is the leading female motivational speaker at the London Speaker Bureau, an international network of corporate leaders and orators who speak on different topics like lifestyle, women's rights, the economy, innovation, leadership and many more. Visit our website for more information.