Why should punched roller shutters be an ideal choice? 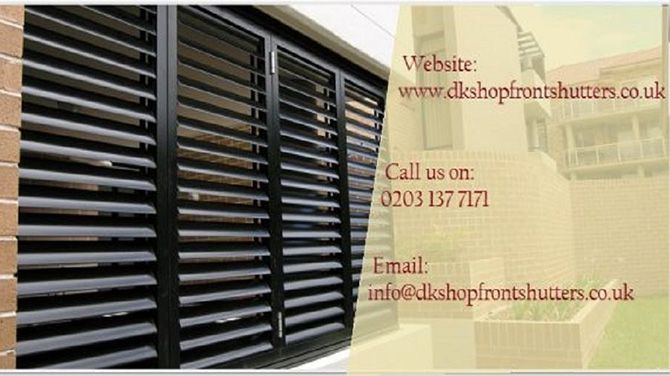 A roller shutter is a type of coverlet attached to windows or doors. It consists of several slats which are hinged together horizontally. The up and down movement of the shutters respectively opens and closes the door and windows. These movements can be manually operated or motorized.

The basic purpose of roller shutters is to ensure security of your premises and minimizing the risks of burglary. In addition to this, a roller shutter also:

Roller shutters can be glazed or punched. Punched roller shutters enable you see-through security of your premises. Unlike the traditional shutters, they do not completely block the visibility of your store i.e. even after bringing the shutters down; you can keep advertising your store and allure the passer-by.Due to their dual functionality of safety and visibility, punched hole roller shutters are mostly used in commercial industry where the store owners can keep their products on show at all the times, even after the store closing, without affecting the level of its security. These shutters are made with two operating options – manual and motorized. A shutter operated by a tabular motor not only eases down your pain and labor but also avoids several health and safety issues linked with shutters operated manually.The shutters can be punched in two styles – “brick bond” or “in-line”. In “brick bond”, the holes punched over the shutter resemble brickwork and in “in-line”, the holes punched over shutters are in straight lines.

Punched roller shutters present you a cost-effective and aesthetic solution to advertise your store ensuring its security. These shutters can be designed in multiple different ways, while some of the features may include:

Lath – It is usually punched with holes (which can be rectangular, square, circular etc.) at center and end locks for holding it in place.

Guides – Usually rolled steel channels are used to form vertical guides which are supplied with appropriate angles for fixing it up to the structure.

Electric Operation – If the shutter is motorized, the electrical operation usually uses the tabular motor of a single phase.