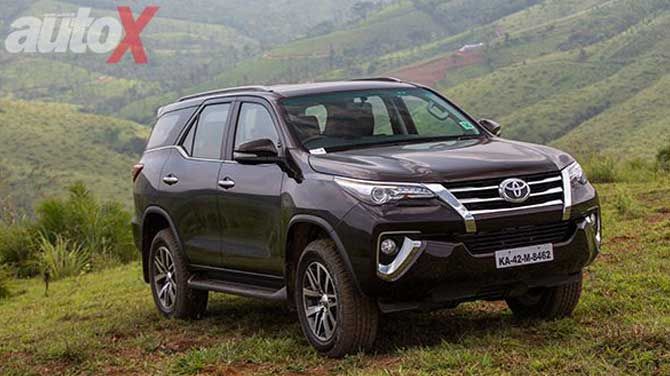 Toyota’s new Fortuner is here and feels thoroughly modern inside out, there is even a petrol engine option now. Read full review to know more…

The Toyota Fortuner has gone on to become the definitive premium SUV in India and with good reason. This is because, being a Toyota, the Fortuner is as reliable as cars get. Combine this with relatively affordable maintenance costs and Indian buyers love it for its sheer road presence and their love for SUVs. Building on the success of the first model, Toyota has now introduced the second generation Fortuner.

And it’s a radical one at that as the new Fortuner has done away with all those traditional butch design cues of the first generation model and instead features sleek and sharp design lines which would be more home on a saloon car. But then again, look closer and you will notice how very Infinity SUV-like design cues these are. Still, there is no getting away from the sheer size of the Fortuner which ensures that the vehicle has more than enough road presence at all times.

As new as the exteriors are the interiors of the new Toyota Fortuner which come generously draped in leather along with decent fit and finish. The only complaints you can have here is that the touchscreen interface for the infotainment system could be better and as a premium SUV it could do with more equipment such as bolster adjust for the front seats, etc.

While overall refinement and driveability of the new Fortuner have undoubtedly improved over the previous model, NVH levels are still high, especially for the automatic models in which the gearbox struggles sometimes when immediate shifts are required at higher speeds, such as while overtaking.

Overall though, the new Toyota Fortuner has undergone a generational leap in terms of the overall product and now feels modern enough to take on newer rivals.