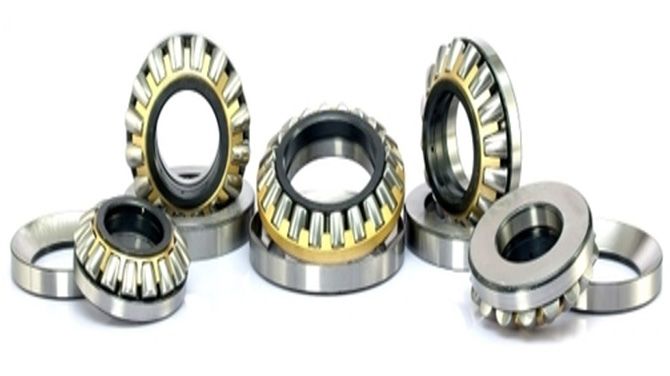 Bearings are of different kinds and roller bearings are one of the main classifications in the same. Thrust bearings in the rolling elements category are further divided into many types. Out of these, the spherical roller thrust bearings are the most reliable ones considering their carrying capacity of higher loads.

Bearings from one of the most important categories of parts that make a complete machine. These elements play a major role in reducing friction between the parts inside the machinery, ensuring a smooth operation of the final product. Such significance is realized considering that different parts of the machine would be required to operate simultaneously and in some cases in opposite directions, for the equipment to function properly.

The bearings are the main links between two or more such parts mentioned above. Their main job is to reduce the friction between the parts while permitting them to rotate as per their function. The bearings are classified into various types depending on each such function they would be supporting. It is the structure and placement of the rolling elements in the bearings that becomes a deciding factor in the use of each type.

The major categorization of bearings is done commonly into two forms. One is the ball bearing in which the rollers are in the shape of tiny balls. The second version is the roller bearings in which the rolling elements are generally in the form of small cylinders. When the movement of these rollers are further restricted apart from the placement in the normal raceways, they become thrust bearings.

Both ball bearings as well as roller bearings are known to be classified under the thrust bearings category. A roller bearing of thrust nature can be called as a thrust roller bearing. The structure of this bearing is in such a way that the cylindrical rollers are placed in a flat arrangement between the inner and outer raceways, in a cage-like appearance.

It is not necessary that all the bearings in the same category are required to be of the same structure. This, after all, makes the differentiation between the various kinds available in the market. A spherical roller thrust bearing is one such example in which, instead of a flat arrangement of the rolling elements, an angular arrangement of the same can be observed.

Like any other bearing, the aforesaid one also performs the task of enabling rotation between two adjoining parts and at the same time reducing frictional possibilities in the process. However, a spherical roller thrust bearing is special in a way that it also permits angular misalignment cases. Water turbines are the best example wherein such bearings are used to serve the purpose.

Ankit Tiwari is a mechanical engineer who also teaches at a popular college of engineering. He has written a few books as reference guides for the students to understand the basics like roller thrust bearing and many other such aspects.