Everything you need to know about Masala Dosa 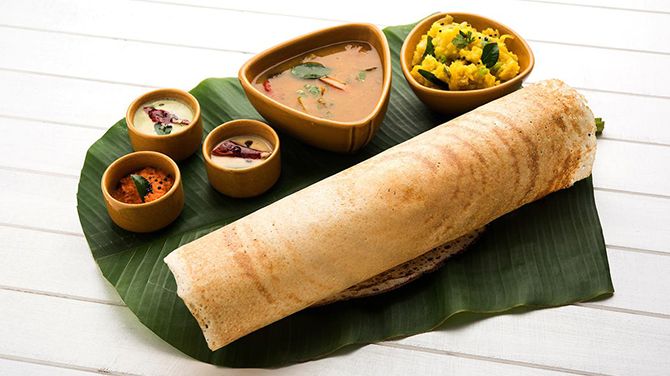 It is usually made cutting the spiced potatoes tucked inside the dosa and served with coconut chutney or onion chutney. Children love this dish immensely and it is popular all over the world. In India it is served all around and people love to have Masala Dosa in their breakfast. As it has less calorie, fat and cholesterol, so you can add this dish in your regular diet. It will help you to reduce your fat and you can stay healthy by having masala dosa every day.

Masala Dosa is the popular variation to DOSA. It was originated and first served in the origin of Tuluva Mangalorean Cuisine. It was said that Dosa was served also in the ancient Tamil country around the 1st century AD, but after the Independence of India, South Indian dishes became popular in the Northern Region of India. It was said that it was served with chutney and Dal. Masala dosa recipe has grown much popular and nowadays it is the best among the South Indian Breakfast Recipe.

Masala Dosa is usually stuffed with spicy Potato masala along with many of the vegetables which makes it tastier than usual. Resources say that it is served with coconut chutney and also onion chutney with sambhar to make it spicier.

It is said to be one of the best option for breakfast as it is very light weight with approximately 200 calories which keeps you healthy and also is easy to digest. Even doctors recommend it for the patients.

It is generally prepared from a combination of rice batter and black lentils, potatoes, methi and many more ingredients. It also has many variations which are popular by, Mysore Masala Dosa, Rava Masala Dosa, Onion Masala Dosa, Paper Masala Dosa, which also helps it to grow its popularity.

Some tips that will help you cook masala dosa recipe

Masala Dosa Recipe is very easy to make but also it is necessary to know many of the facts which increase the level of taste. You are recommended to use potato masala to make it tasty and also serve it with some variety of chutneys which also makes it delicious.