Best 3 Ways To See Mt. Everest And Reach The Base Camp 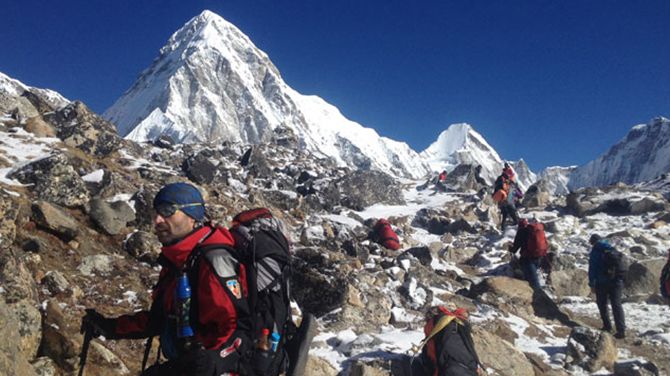 Trekking to the Everest base camp has 3 different entries. A classical way is from Jiri which start with driving in a bus and trek around 3 weeks. Another way of the trek is driving to Salleri in a jeep and trek. It is a few days shorter than the trek from Jiri. The shortest way of the trek to reach the base camp is with a flight to Lukla and trek to the base camp. Flying to Lukla from Kathmandu or Ramechhap and trek to the base camp is about 12 days journey including 2 rest days on the way up. You need to have at least 2 acclimatization rest days for the altitude practice on the trek. The trek goes inside the Sagarmatha national park which is a natural UNESCO world heritage site in Nepal. You will see lots of wildlife on the trek they come closer to you. You will enjoy the Himalayas, landscape, tradition, culture, religion and more doing a trek to the Everest base camp. But If you don’t have enough time for the trek and really would like to see this world’s highest mountain and visit the base camp, you have some other options. Let’s talk about those quickest options here.

The Everest mountain flight is also known as scenic mountain flight. This is the fastest and cheapest way to see Everest and other big Himalaya. Everest mountain flight tour takes off from Kathmandu airport on a plane and lands back at the same place after a scenic flight. You only can see the mountains such as Manaslu, Ganesh Himal, Langtang, Gauri Shanker and the Tibetan massif from the plane with this kind of flight but can’t land on the mountain land. The plane for the flight will have single sitting seats and flies both directions so all the people from the plane will be able to see mountains. If you are looking for a flight with a landing on the mountains, you should take a helicopter flight tour to the Everest.